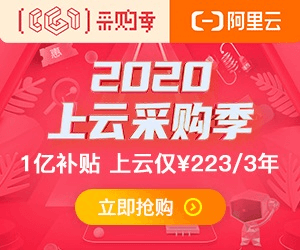 You
can integrate a bug tracking tool of your choice in TortoiseSVN. To do
this, you have to define some properties, which start with bugtraq:. They must be set on Folders: (“项目设置”一节)

There are two ways to integrate TortoiseSVN with issue trackers. One is based on simple strings, the other is based on regular expressions. The properties used by both approaches are:

In the approach with regular expressions,
TortoiseSVN doesn't show a separate input field but marks the part of
the log message the user enters which is recognized by the issue
tracker. This is done while the user writes the log message. This also
means that the bug ID can be anywhere inside a log message! This method
is much more flexible, and is the one used by the TortoiseSVN project
itself.

And
even if you don't need the links, the issue numbers show up as a
separate column in the log dialog, making it easier to find the changes
which relate to a particular issue.

These
properties must be set on folders for the system to work. When you
commit a file or folder the properties are read from that folder. If
the  properties are not found there, TortoiseSVN will search upwards
through  the folder tree to find them until it comes to an unversioned
folder,  or the tree root (eg. C:\) is found. If you can be sure that each user checks out only from e.g trunk/ and not some sub-folder, then it's enough if you set the properties on trunk/.
If you can't be sure, you should set the properties recursively on
each  sub-folder. A property setting deeper in the project hierarchy
overrides settings on higher levels (closer to trunk/).

For tsvn: properties only
you can use the Recursive checkbox to set the property to all
sub-folders in the hierarchy, without also setting it on all files.

This
issue tracker integration is not restricted to TortoiseSVN; it can be
used with any Subversion client. For more information, read the full Issue Tracker Integration Specification.

Getting Information from the Issue Tracker

The
previous section deals with adding issue information to the log
messages. But what if you need to get information from the issue
tracker? The commit dialog has a Windows COM interface which allows
integration an external program that can talk to your tracker.
Typically  you might want to query the tracker to get a list of open
issues  assigned to you, so that you can pick the issues that are being
addressed in this commit.

Any such interface is of course highly
specific to your system, so we cannot provide this part, and describing
how to create such a program is beyond the scope of this manual. The
interface definition and sample programs can be obtained from the contrib folder in the in the TortoiseSVN repository.

For
illustration purposes, let's suppose that your system administrator
has  provided you with an issue tracker plugin which you have installed,
and  that you have set up some of your working copies to use the plugin
in  TortoiseSVN's settings dialog. When you open the commit dialog from
a  working copy to which the plugin has been assigned, you will see a
new  button at the top of the dialog. 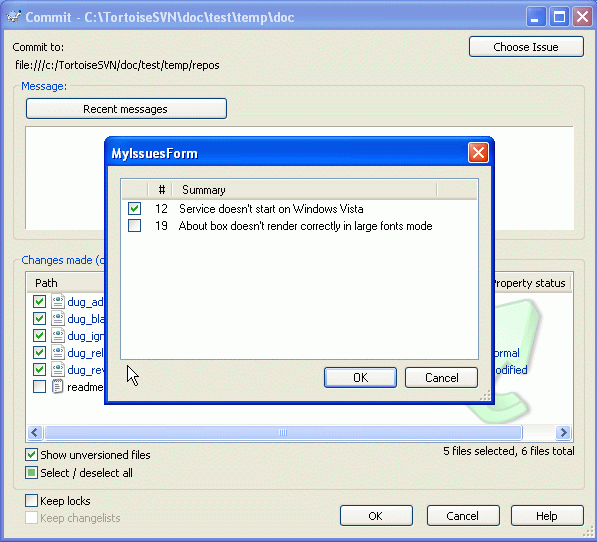 In this example you can select one or more open issues. The plugin can
then generate specially formatted text which it adds to your log
message.